The home, built in 1859, was owned by the same family until the Morrises bought it. Jim made the exterior shutters and restored the cornice details by hand. 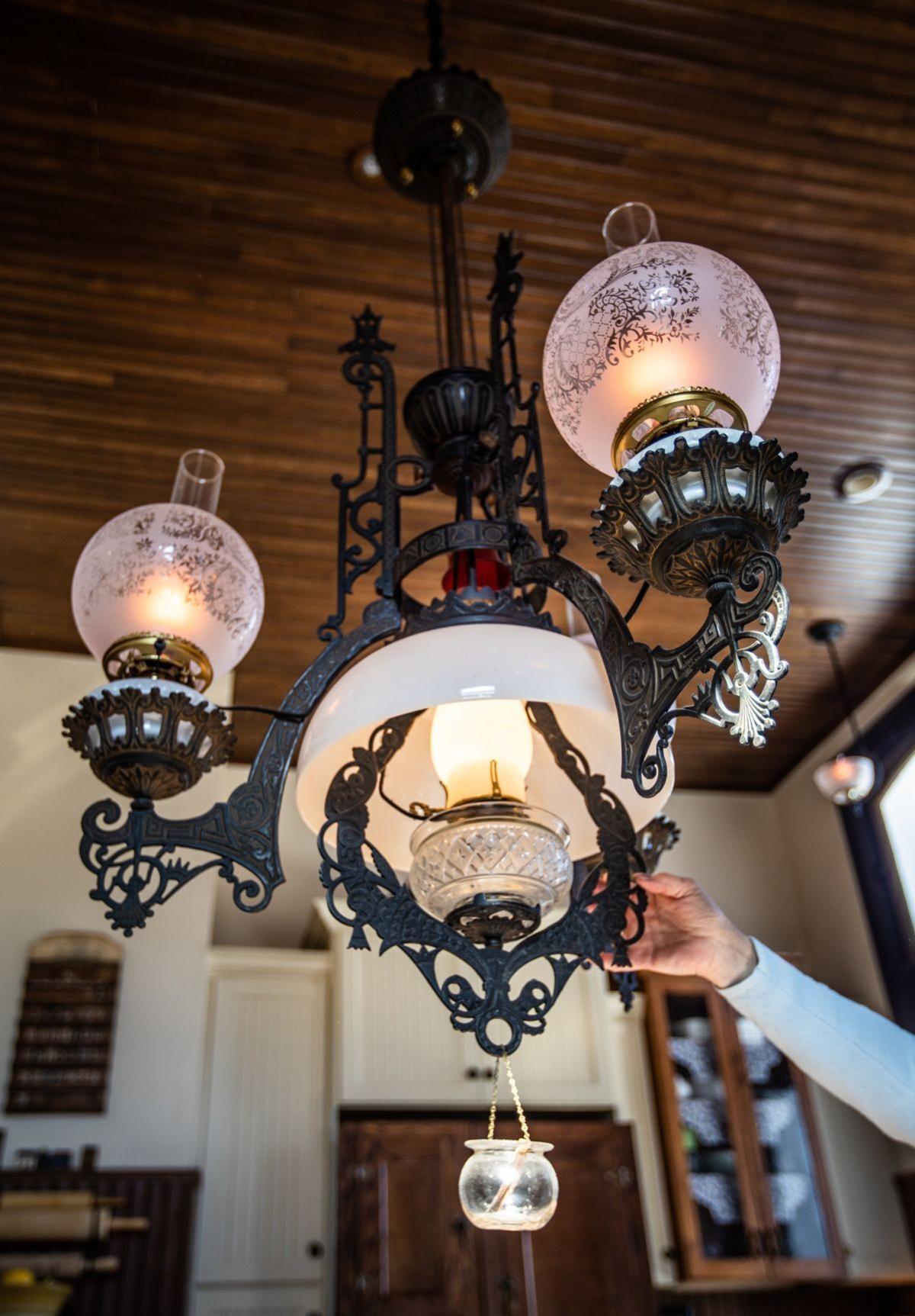 An antique gasolier, one of Maureen Morris’ proudest antique purchases, hangs above the kitchen table. Now fitted with electric lights, an gasolier would connect to gas lines within the home for instant light before electricity was common. 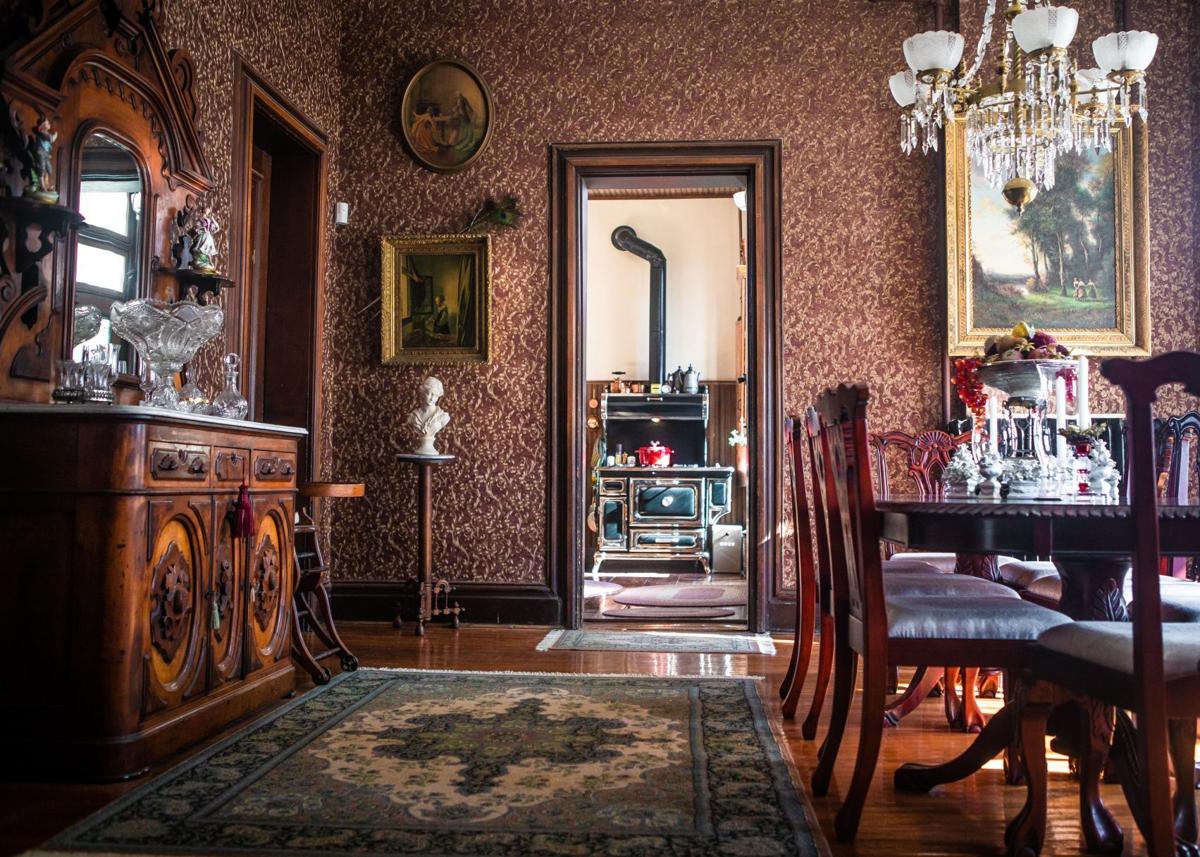 In the dining room, the Morrises placed practical yet historically accurate furniture. To the right, Maureen put a Mitchell and Ramblesburg sideboard. For a dining table, the Morrises use a boardroom table. 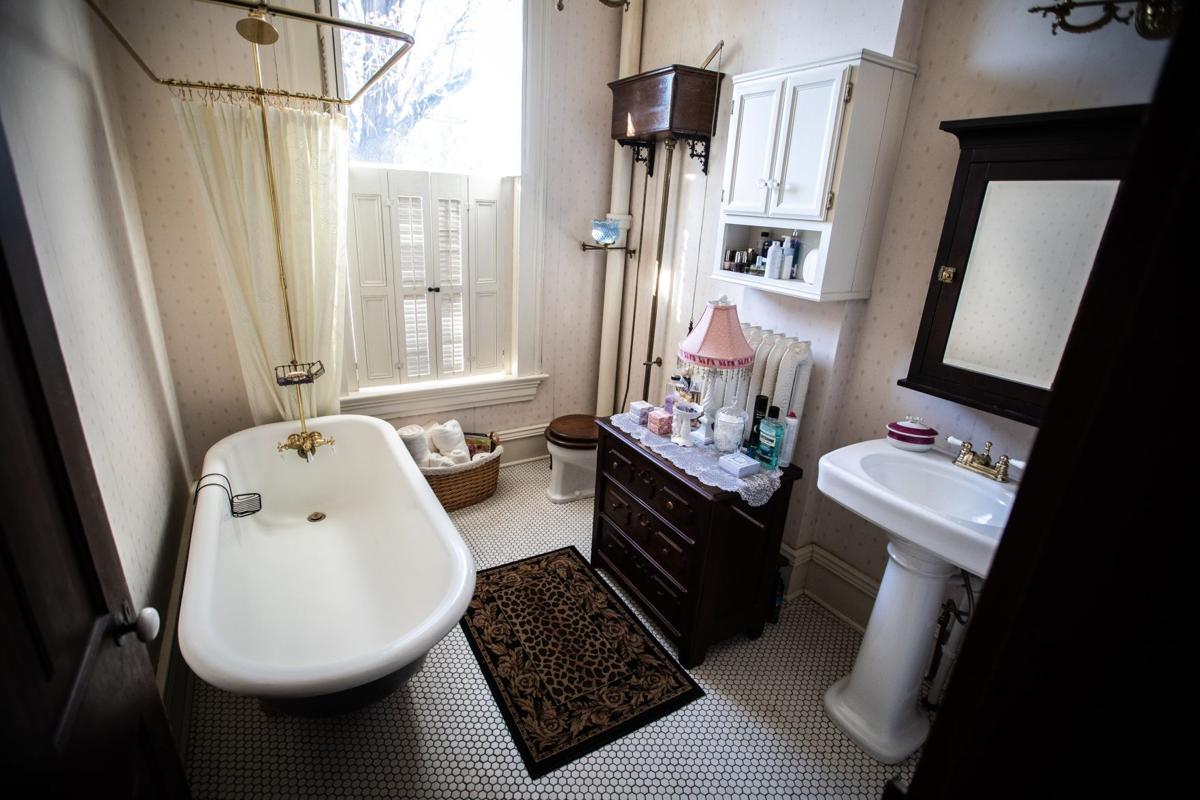 Natural light filters into the upstairs bathroom, currently the only one in the entire house. The Morrises re-floored and tiled the bathroom themselves. The clawfoot tub is original to the house. 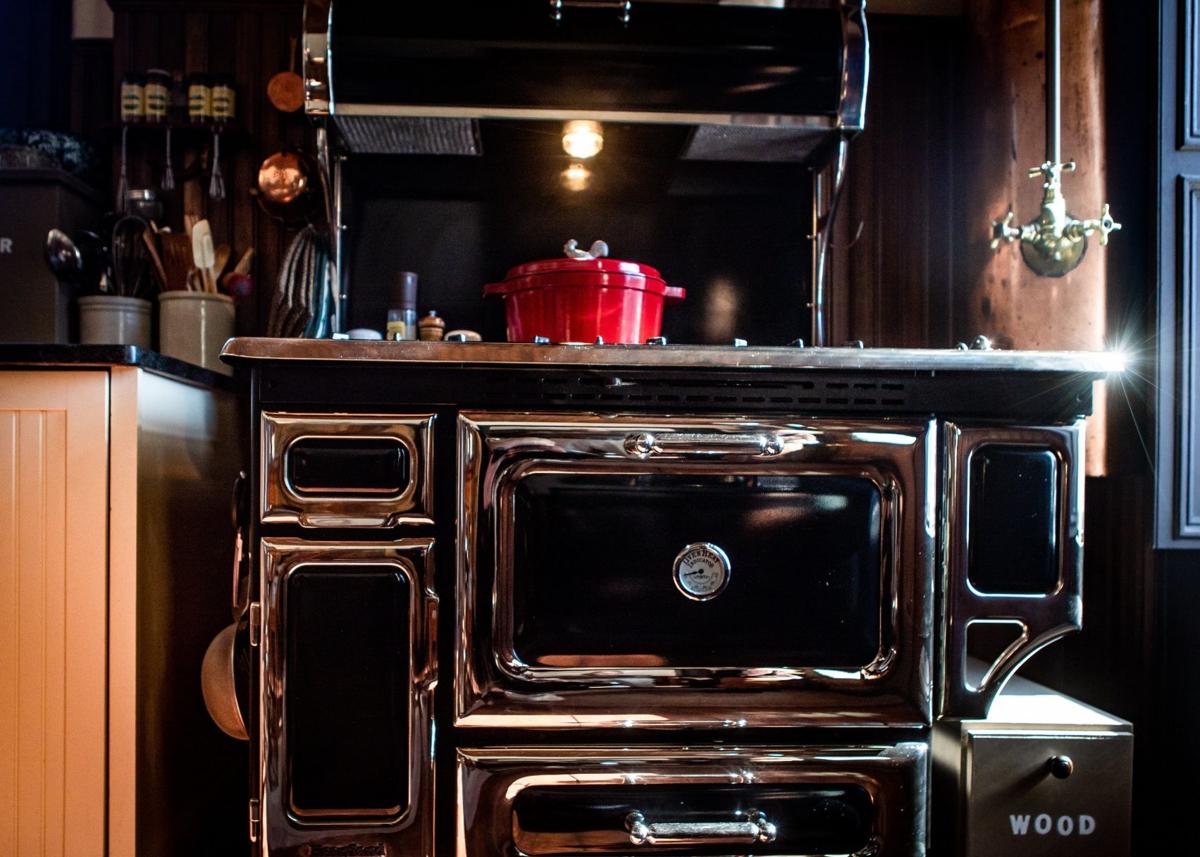 In the kitchen, the Morrises chose a Heartland Stove for its rustic, farmhouse look. James installed a pot filler to the right of the stove from an old gutter system the house originally had to divert rainwater into the kitchen. 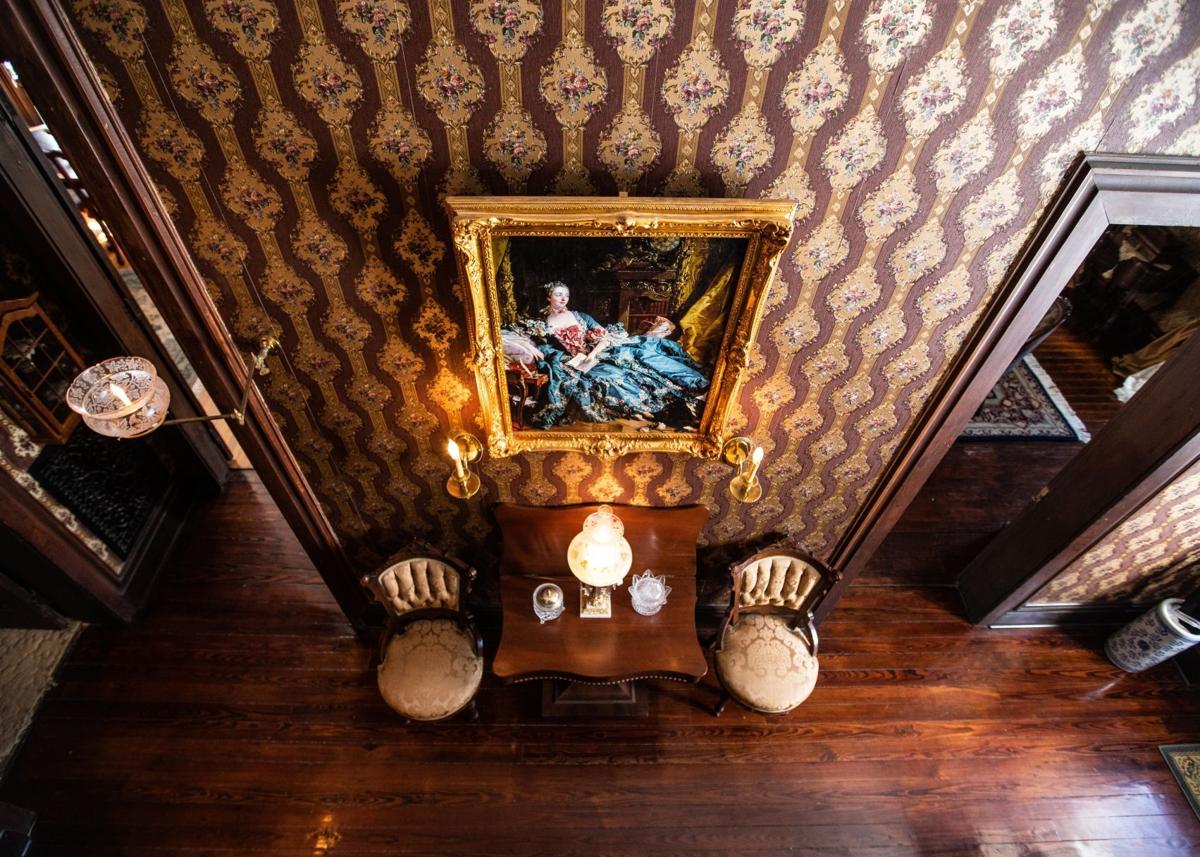 From the top of the stairs leading to the second floor, a painting of Madame de Pompadour hangs in the foyer. 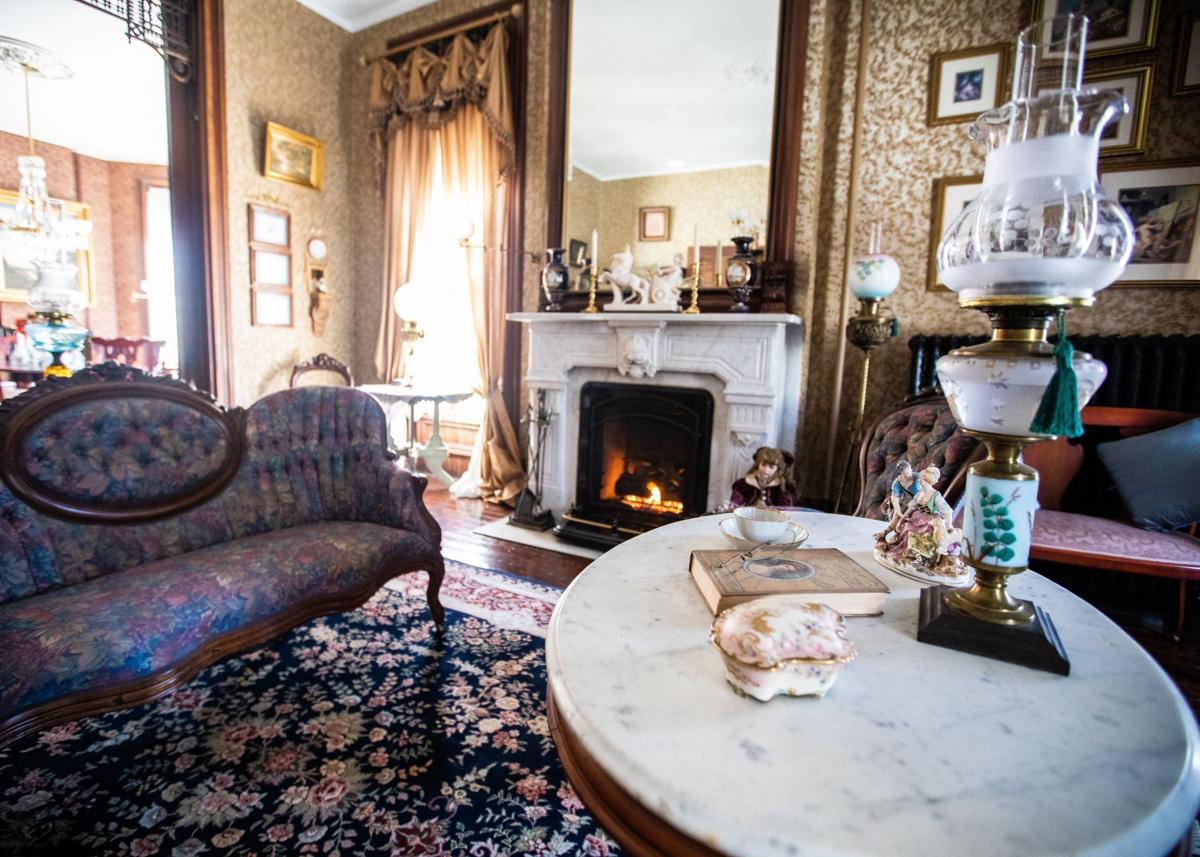 Civil-War era accent tables and a Victorian loveseat with matching chairs fill the Morrises’ parlor. The marble fireplace is original to the home. 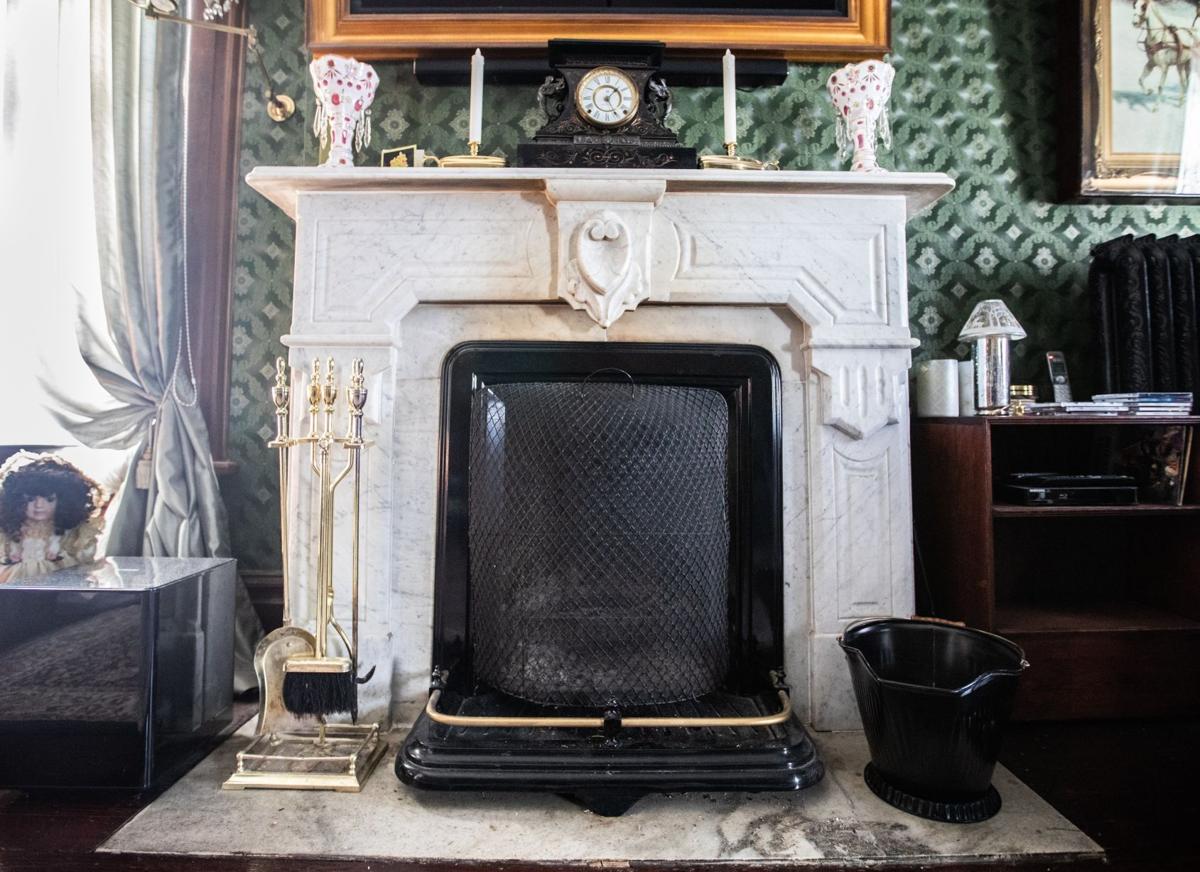 On the parlor fireplace, 18th century porcelain vases rest atop a marble mantel. The mantel was original to the house and imported from Carrara, Italy. 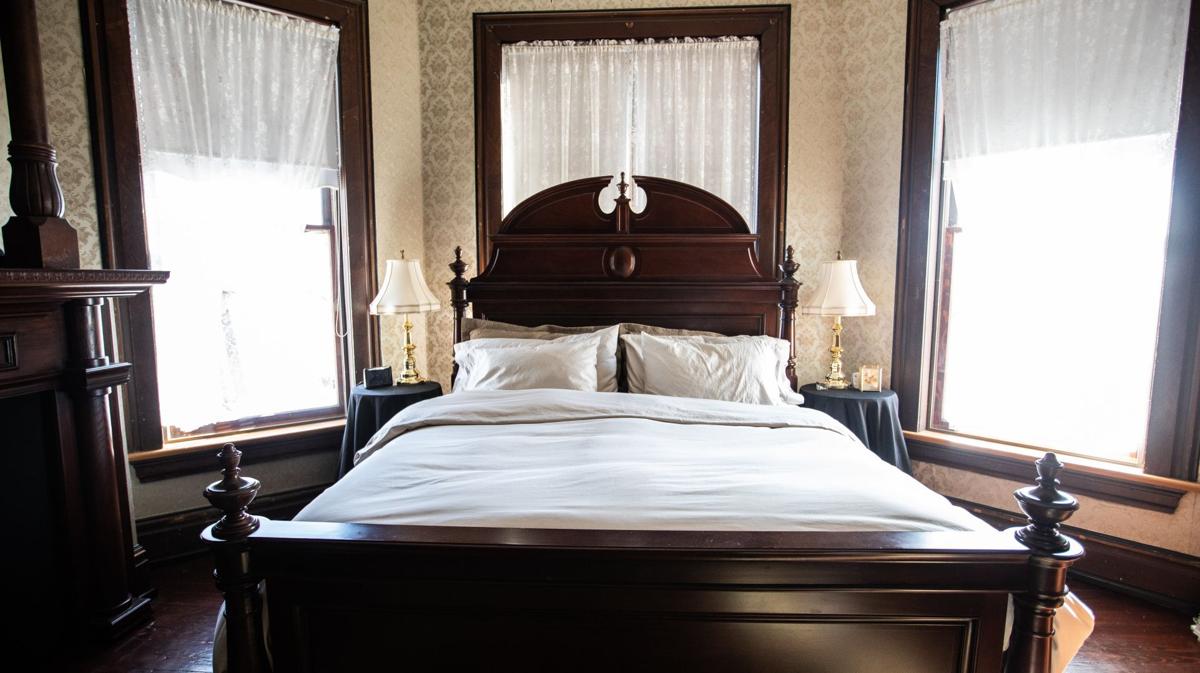 By Monica Obradovic
Special to the Post-Dispatch

More than 160 years after its construction, James and Maureen Morris have restored their Belleville home to its original Victorian splendor.

Walking into the Morrises’ home feels like stepping back in time. Fires crackle in wood-burning fireplaces. At the top of each hour, a 10-foot grandfather clock chimes in the foyer.

The couple managed to turn their space into a picture of Victorian living. Other than a TV in the upstairs den, all of the Morrises’ furniture are age appropriate to when the house was built.

The Morrises knew they wanted a historical home when they began looking for property 20 years ago. Their current house brims with history. Belleville businessman Thomas Alva Throp built the house in 1859. The house’s original windows and pine floors still remain. A cistern rests in the attic that once provided the house’s bathroom with running water — a rare commodity before the Civil War.

Despite their devotion to history, the Morrises are not historians by trade.

“Sometimes, people ask if I teach at a university,” Maureen says. “When I tell them what I did before I retired, they don’t believe it.”

Maureen was as a fingerprint specialist at the Illinois Bureau of Identification. Before that, she worked three years on death row at the largest male maximum security prison in Illinois. James, also now retired, was an industrial electrician.

Boosting your property decoration by introducing plants: A lockdown marvel