Giant 12 foot skeletons are back at Home Depot 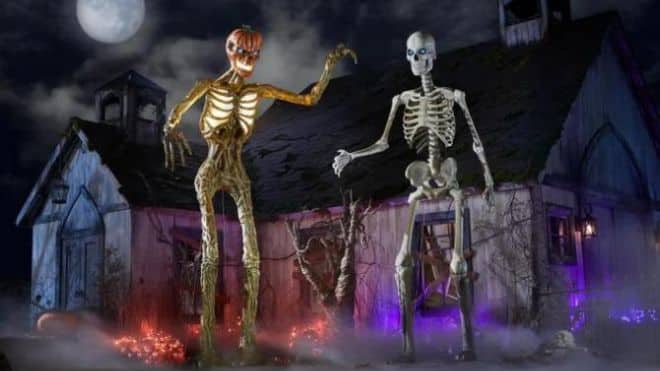 Home Depot sold one of the hottest Halloween decorations in 2021: a 12 foot skeleton that Americans put up in their front yards.

The skeleton is back in time for Halloween this year, and it looks like they’re going to sell out quickly.

Home Depot took to Twitter to share that their decoration would be back in stock for the 2022 holiday on July 15, 2022.

In addition to the original giant skeleton, there is Inferno Pumpkin skeleton.

The post made sure to add that the skeletons and other decorations would be available while supplies last.

The skeleton made its debut in 2020 and when viral on social media.

It was so popular it came back the next year with the Inferno Pumpkin skeleton.

A creative team came up with the idea for the original 12 foot skeleton ahead of Halloween 2020.

Based on comments from Home Depot, there will likely be other giant decorations similar to the original.