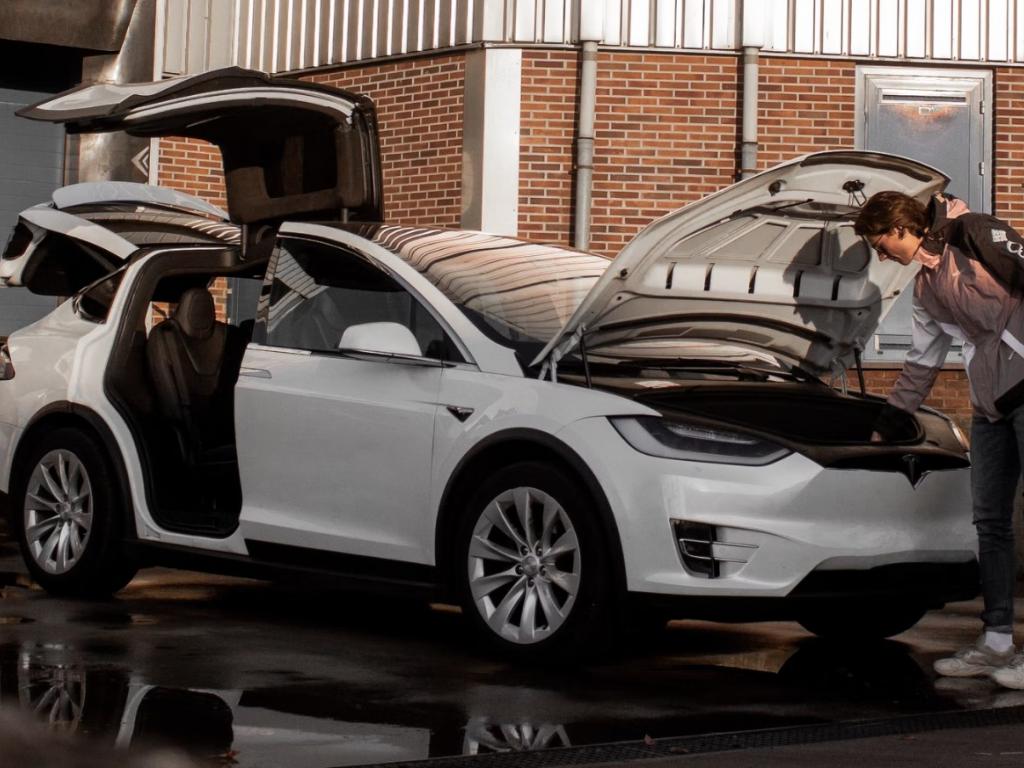 Electric vehicle and allied sector stocks extended their losses in the week ending May 6, caught in the vortex of the broader market sell-off seen in the final two sessions of the week. Chinese EV stocks led the week’s retreat amid fears that they could be potentially delisted from U.S. exchanges. Arrival (NASDAQ:ARVL) and Romeo Power, Inc. (NASDAQ:RMO) bucked the downtrend, as company-specific news catalyzed northward moves.

Here are the key events that happened in the EV space during the week:

Tesla Planning Second Shift At Shanghai: The production ramp up in its COVID-hit Chinese factory is key for continued outperformance by Tesla, Inc. (NASDAQ:TSLA). The company is reportedly planning to resume double shifts in Giga Shanghai by mid-May, amid expectations that component shortages and lockdown restrictions will ease. Following a three-week shutdown in April, Tesla restarted operations at the plant with a single shift and under a “closed loop” system.

The company also confirmed that it will build a second factory near its current plant in Shanghai, while also expanding capacity at its existing plant, Reuters reported, citing a letter handed over by the company to the local administration.

The EV giant announced another price hike this week, as the Model Y prices in Canada were increased by CD$1,000 each for the performance and long-range variants.

Tesla confirmed this week it will hold its annual meeting of shareholders on August 5. This time around, the meeting assumes importance because the company has indicated the intention to announce a stock split. The company, meanwhile, delayed the filing of the proxy statement with the SEC.

The implication for the companies is that they would be delisted from the U.S. exchanges if they are found non-compliant for three years. All three have, however, hedged against the risk by pursuing additional listings in Hong Kong.

Nio went proactive in handling the risk by announcing this week it has received an approval letter from the Singapore stock exchange to list its shares on the main board of the exchange. The company also said the Singapore-listed shares will be fully fungible with its NYSE-listed ADSs.

Lucid Hikes Air Sedan Prices: Lucid Group, Inc. (NASDAQ:LCID) released its quarterly results this week, reporting a loss of 5 cents and revenue of $57.7 million. The company maintained its production guidance for 2022 and announced price increases for all trims of its Air sedans, except the recently announced Lucid Air Grand Touring Performance model. The price hikes will apply only to those reservations made after June 1, the company clarified.

The luxury EV maker also said it has more than 30,000 reservations for its Air sedans.

Toyota May Lose U.S. Federal Tax Credit By End-2023: Toyota Motor Corporation (NYSE:TM) has finally launched a pureplay battery EV in the U.S. The Japanese auto giant, however, could lose the federal EV tax credit of up to $7,500 paid to incentivize green energy vehicle purchases in the U.S., according to Bloomberg. The credit is applicable only for automakers which have sold less than 200,000 units, taking into account both BEVs and plug-in hybrid vehicles.

The launch of the bZ4X BEV in the U.S. and the strong sales of Prius Prime and RAV4 Prime PHEVs could make the company ineligible for the subsidy by the end of 2023.

GM Renews Pledge to Overtake Tesla: Legacy automaker General Motors Corporation (NYSE:GM), which has thus far only managed to show scanty numbers for its EVs, hasn’t yet given up on its vow to overtake Tesla. GM’s Mary Barra said in an interview to Yahoo Finance that the company could produce enough cars to overtake Tesla by the middle of the decade, thanks to products across price ranges.

CATL Plans Battery Plant In U.S. Tesla’s battery supplier CATL is reportedly exploring sites, primarily in Kentucky and South Carolina, to build battery manufacturing plants, its first in the U.S. The locations, according to the company, will help to serve customers including Ford Motor Company (NYSE:F) and BMW AG (OTC:BMWYY).

EV Stock Performances for The Week: 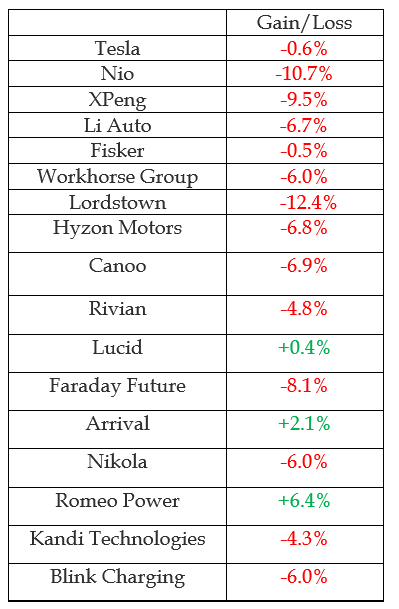