Dark clouds often have silver linings. Jonna Kelleher knows this well, and she certainly found her silver linings, even after her parents’ loss and being separated from her younger brother and thrust into the foster-care system as a teen. 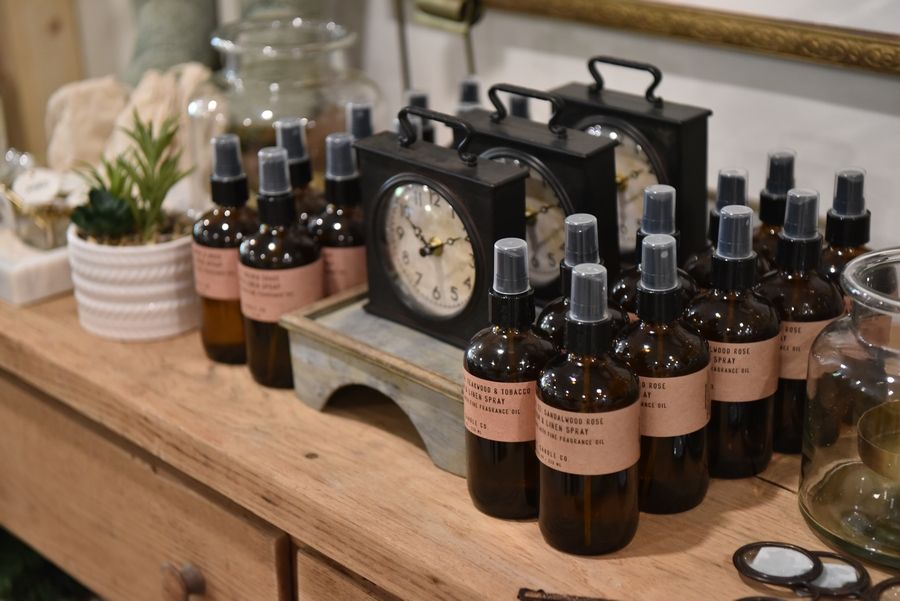 Some of the items for sale at The Cottage Geneva, located in the Berry House Shops in Geneva.
– Jeff Knox | Staff Photographer

From there, in short order, she met her future husband when serving him a drink at a Wrigley Field bar in 2013, got married in 2016, recently moved to Geneva, and just last week opened The Cottage Geneva home décor and accessories shop in the Berry House at 227 S. Third St.

“My mom was really into antiques, so I had a love of home décor at a young age,” Kelleher said. “As I kind of went from home to home, I had this feeling of wanting to know ‘what was a home like?'”

Her answer came into clearer focus after marrying Sean Kelleher, a teacher at Oswego East High School, while she was working as an ER nurse at Elmhurst Hospital. Those are jobs they both still work while owning and operating The Cottage Geneva.

Sean developed an impressive self-taught furniture-building skill set, a vital facet of The Cottage Geneva’s overall theme as a “French cottage” setting with neutral colors and an impressive blending of newer products with antiques. 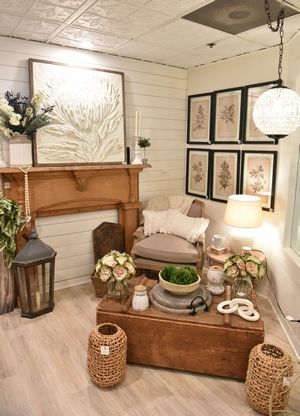 Some of the items for sale at The Cottage Geneva, located in the Berry House Shops in Geneva.
– Jeff Knox | Staff Photographer


“We renovated our own house (in North Mill Creek in Geneva) and shared it with people; many would ask if they could purchase some things or ask how we did something,” Jonna said.

Jonna acknowledges that her eye and touch for home décor came “from me learning over the years on my own home and wanting to bring it to everyone else.”

Their home isn’t the only place that got the Kelleher magic touch. They completely renovated their unit in The Berry House’s front portion.

“It took my husband about five days to do it,” Jonna noted. In those five days, Sean put in a new floor and ceiling and painted the unit in a neutral cream color. It all works perfectly in displaying the various pieces of furniture and accessories in the new shop.

Jonna was planning to do her final ER shift at the hospital this week to be able to devote more time to the shop, which is open Tuesday through Sunday. 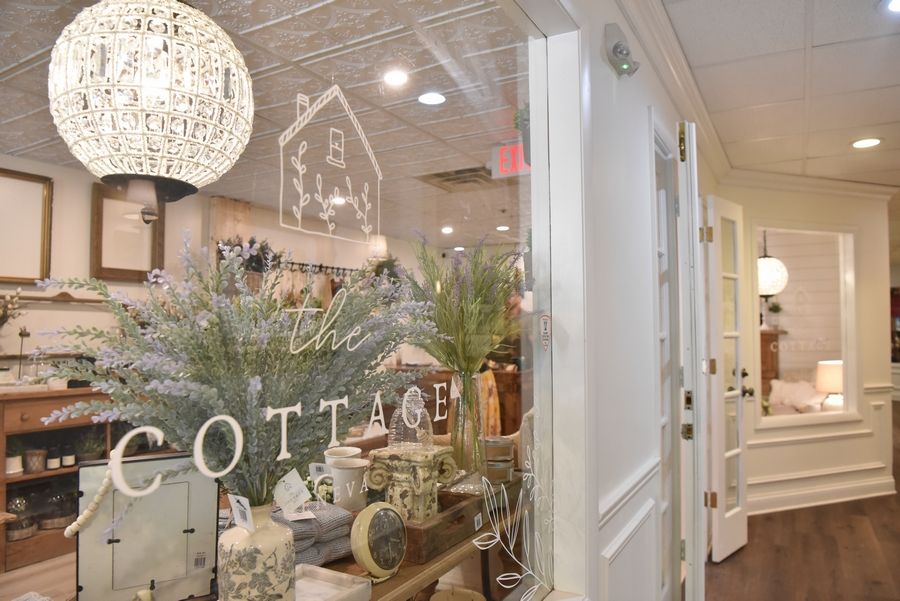 
“This is our first hurrah in retail, and we went all-in on this site,” Jonna noted. “We were originally thinking of just doing something online, but this space became available, and I had a vision, so we couldn’t pass up this opportunity.”

Countless numbers of parents have enjoyed watching their sons or daughters take up a sport, musical instrument or a role in a school play and watched them advance to lofty heights.

It makes for exciting, memorable chapters in the lives of the kids and their parents. And it is especially rewarding when the parent can see that the child has matured and developed essential life skills along the way.

Take the example of Sandi and Dave Liking of St. Charles. Their son, Bob Liking, a sophomore this year at the University of Wisconsin in Madison and a 2020 graduate of St. Charles East High School, recently finished 22nd of 24 runners in the 10,000-meter run at the NCAA Outdoor Championships in Eugene, Oregon.

That may not sound like much, other than this group of the best collegiate runners in the country, which represented another big achievement for Bob during his running career.

Just as importantly, the Likings could see that their son had picked up on the most important lessons athletics offer along the way.

“We had two sons who both liked sports at a young age, and we just encouraged them because there was more to sports than being the best athlete,” Sandi Liking said. “You learn to be a good teammate, and you learn from your coaches.”

While older son Tom, who stood six feet tall by eighth grade, went on to play baseball at Concordia College in Moorehead, Minnesota, Sandi said Bob took a different path because he was smaller in stature and just took to running as his sport.

Bob certainly had the legs to make running his thing. He was on the St. Charles East cross country team that won the state title in 2019, and he went on to break records in stair climbing, having conquered the Willis Tower stairs in Chicago and U.S. Bancorp Tower stairs in Portland, among others. As a sophomore, he also won the Big Ten individual cross-country title this year.

His father, Dave, points to his first athletic coaches as keys to his success.

“Scott Nold at Wredling Middle School and Chris Bosworth at St. Charles East both were instrumental in helping Bob achieve his goals,” Dave said. “He also learned a lot about nutrition after attending a cross country camp in Madison, and he became diligent about what his diet was.”

It’s just as important to most parents to see their kids become leaders by example and take those skills into their adult lives.

“Bob just does his thing and doesn’t boast about it or anything,” Sandi said. “We’ve been enjoying this ride because you never know when an injury could sideline you, and we tell the boys to take the opportunity when they have it because you don’t know when it could come again.”

An honor and fun

The Swedish Days parade on Sunday, June 26, is always a lot of fun for participants and spectators alike.

I can think of one person who should have more fun than anyone. This year, the Geneva Chamber of Commerce tabbed 18-year-old Mari Landwehr as the parade’s grand marshal.

It will give everyone a chance to shout hellos and wave to this Special Olympics champion who has excelled in rhythmic gymnastics, swimming and unified golf.

It was an excellent idea for the chamber to honor Landwehr and her accomplishments and how she has represented Geneva in the U.S. Special Olympics events.

Waiting on burgers and sushi

The notices are out for hiring, which appears to be the last task for the Burgers and Sushi House restaurant at 124 W. State St. before opening its doors.

Known as BASH, the restaurant in Geneva will represent a new location playing off the popular BASH site in Ottawa.

Longtime residents are curious about a restaurant opening in this location, previously the site of Viking Office Supply, Bicycle Heaven and H4 Fitness.

The city has not received any update from BASH that would indicate a timeline for opening the Geneva site.

Five years ago, I asked why the parcel at the southwest corner of State and Fourth Streets in Geneva, next to the Bien Trucha restaurant, had been empty for so many years.

I speculated that property owner Dr. Tracey Clifford of Batavia was stuck with an empty parcel for nearly four decades. Readers quickly reminded me that a Marathon gas station sat at that corner until about 20 years ago.

When chatting with Clifford, she estimated her entire investment at about $1.2 million in that parcel and another she owns behind the bank at the former Pure Oil site, both of which she has owned since 2004. Her initial vision for that corner was a three-story office building with restaurants and shops on the lower level.

All sorts of things kept that from happening, but we see now that TSSGIL LLC has bought that parcel. Plans for that parcel are not clear yet, but we’ll keep an eye on what this LLC may eventually have in mind.

Check Your Home’s Exterior When Decorating for the Holidays