Home Depot Will Finally Let Shoppers Do This, Starting Friday 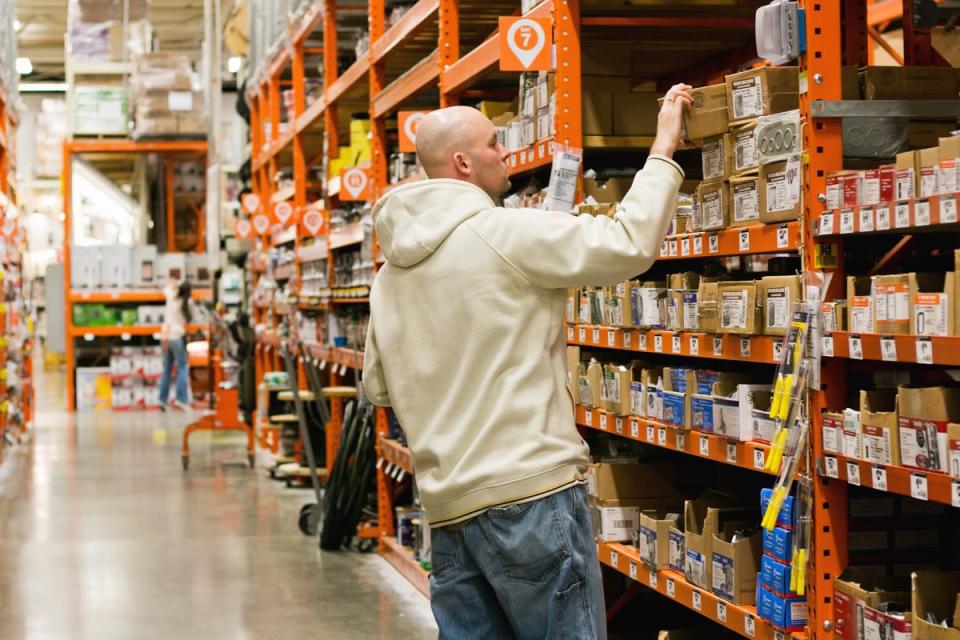 Millions of shoppers in the U.S. have found themselves at a Home Depot store recently for one reason or another—whether they’re searching for ways to cool their home in hot weather, or just looking to refresh their space for the summer season. But even if you’ve shopped with the home improvement retailer in the past few days, you might not know that a change is coming very soon. Home Depot just announced that it will finally be offering something highly coveted for shoppers this week. Read on to find out what you can expect from Home Depot, starting this Friday.

READ THIS NEXT: Lowe’s Is Under Fire From Shoppers for an “Enormous Amount of Damage.”

Home Depot recently announced a different upgrade to its decorations.

Home Depot is no stranger to shaking things up for shoppers. In June, the home improvement retailer announced that it had expanded its online interior décor catalog to include furnishings for children. StyleWell Kids launched on Home Depot’s website June 2, derived from its main StyleWell line that started in 2019.

“As we’ve expanded the line, one of the places we were not yet playing was in the kids space,” Corinne Bentzen, general manager for Home Depot Home, told Modern Retail. “We’ve seen it resonating a lot with young adults entering into the next stage of their life. So being able to offer those products to them felt like the right next step for the StyleWell collection.”

Now, Home Depot is gearing up to make another change with its décor offerings, and this time adults will be excited, too.

The retailer is making another change for shoppers interested in decorating.

Whether you’re a loyal Home Depot shopper or not, you might be interested to hear that the home improvement retailer is bringing something back this week. On July 8, the official Twitter account for Home Depot announced that it would start selling a fan-favorite Halloween decoration again soon: its 12-foot skeleton.

“We formally invite you to save the date,” Home Depot tweeted. “Mark your calendars because on July 15, Skelly is back in stock with some new and old giant friends.”

RELATED: For more up-to-date information, sign up for our daily newsletter.

This might seem like an early announcement for the Halloween season, but given the giant skeleton’s popularity, it’s never too early to stock up. According to Insider, the 12-foot-tall decoration helped Home Depot reach record-high sales numbers in 2020, despite the COVID pandemic. It has also gone viral on TikTok for the last two years, causing it to sell out before the month of October in both 2020 and 2021. The giant skeleton was also being resold last year on third-party websites for two to three times Home Depot’s original price of $299.

“It is amazing to see all the fun it brings to our customers,” Lance Allen, Home Depot’s decorative holiday merchant who created the idea for the retailer’s giant skeleton, told Insider in 2021. “[The skeleton’s] social media presence has taken him to a whole other level, he really has taken on a whole life of his own.”

The decoration will only be available online for now.

It’s clear that shoppers are already eagerly awaiting the giant skeleton’s release this year as well. “It’s always, ‘When’s the giant skeleton coming back,’ and never, ‘Hi, how are your DIY projects coming along?’,” the official Home Depot Twitter account recently tweeted.

But don’t expect to find Skelly at your local Home Depot on July 15. The upcoming drop for the 12-foot skeleton will be an “online-only launch,” Home Depot said in a reply to one Twitter user. According to the tweet, the “fall assortment” will come to the retailer’s physical stores sometime in late August or early September.

Why Hire A Professional Electrician? The Risks of DIY Electrical Work

What Is a House and Land Package and How Do They Work?